Designing and developing an email campaign for the future of lacrosse 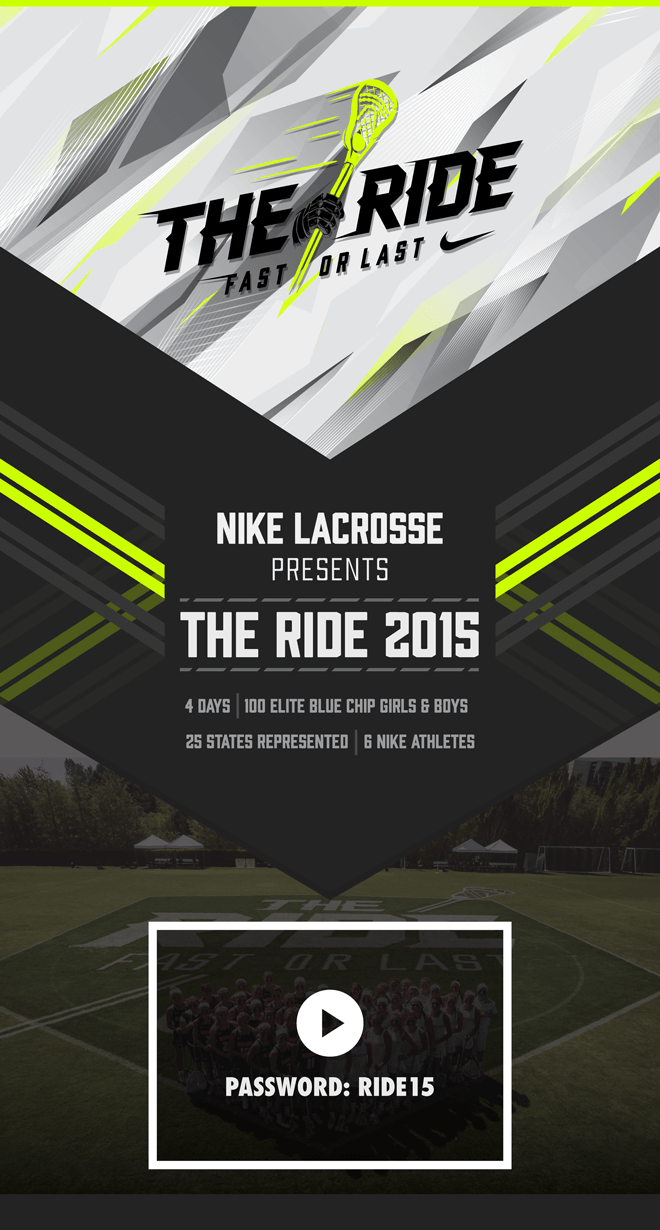 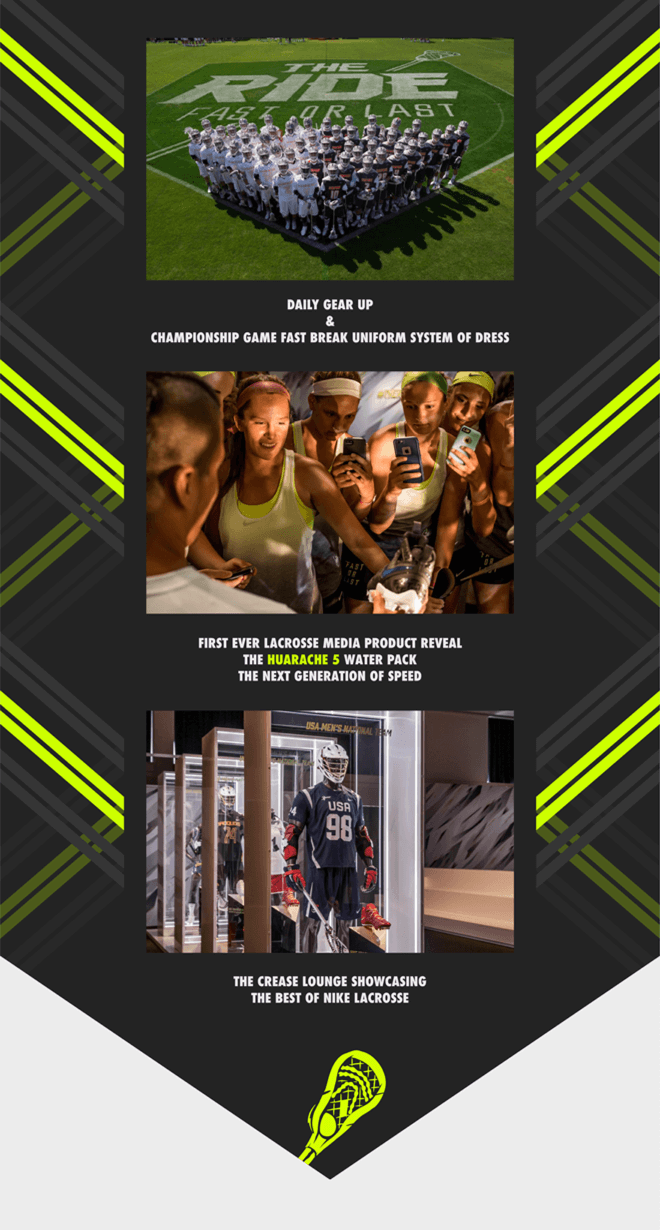 As expected with a client of this caliber, certain elements were fastened to a pre-existing set of guidelines including font choice, color values, and supplied photos. However, we were given creative control over defining layout, creating geometric patterns and illustrating mobile devices.

The real challenge in this particular scenario was the timeline. We were given just about 10 days to go from creating an initial visual concept to sending out the completed and coded email campaigns. 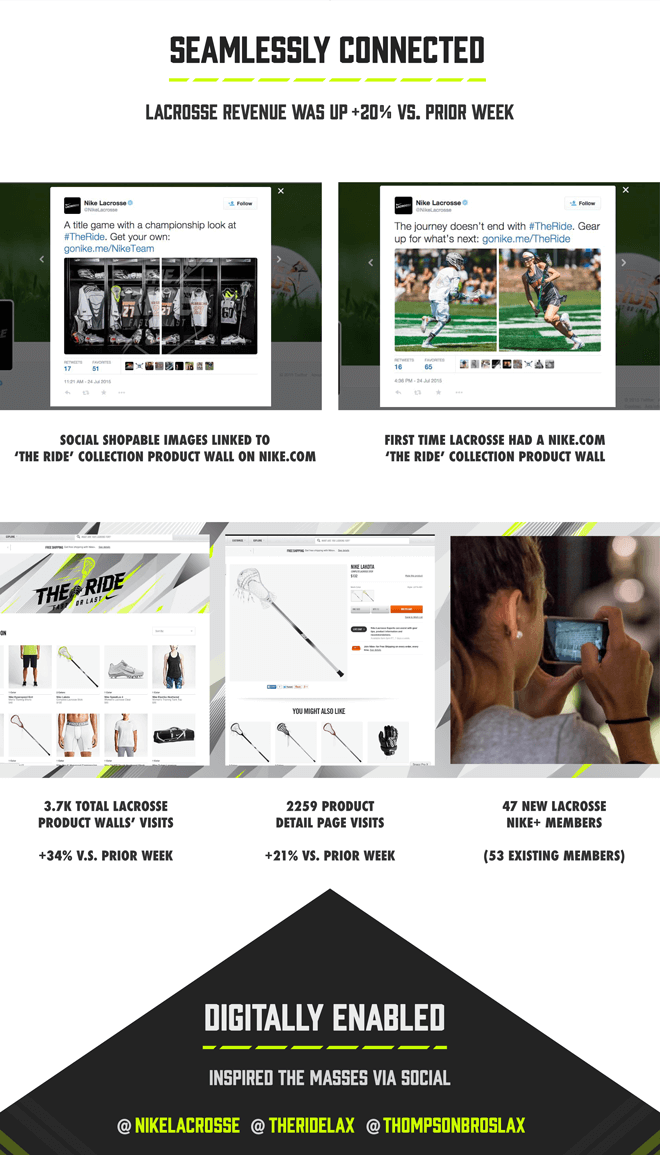 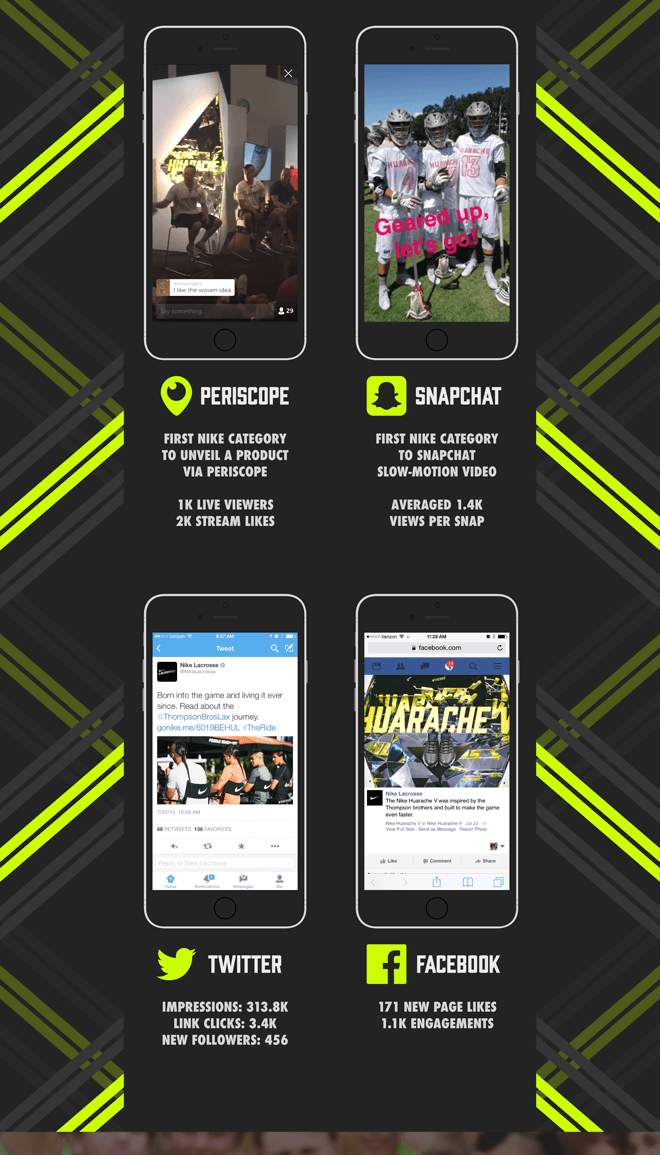 We delivered the email campaigns on time as promised, and they loaded as quickly as the client had requested. While we were not privy to the analytics of the campaigns once they were sent out - based on client feedback - the work was very well received. 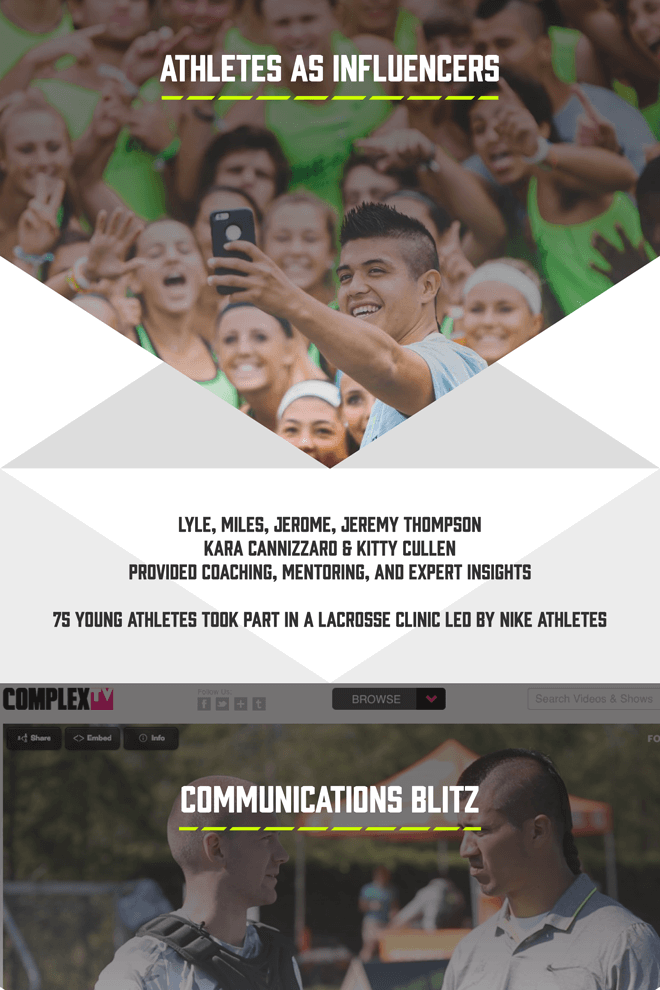 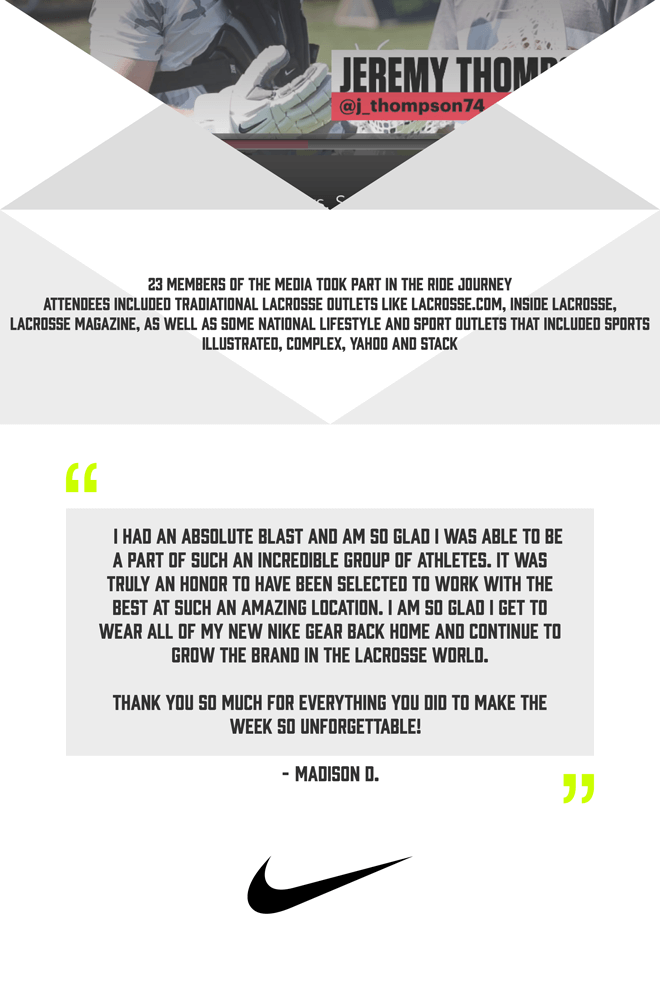 Like what we did for Nike? Want something similar for your company?